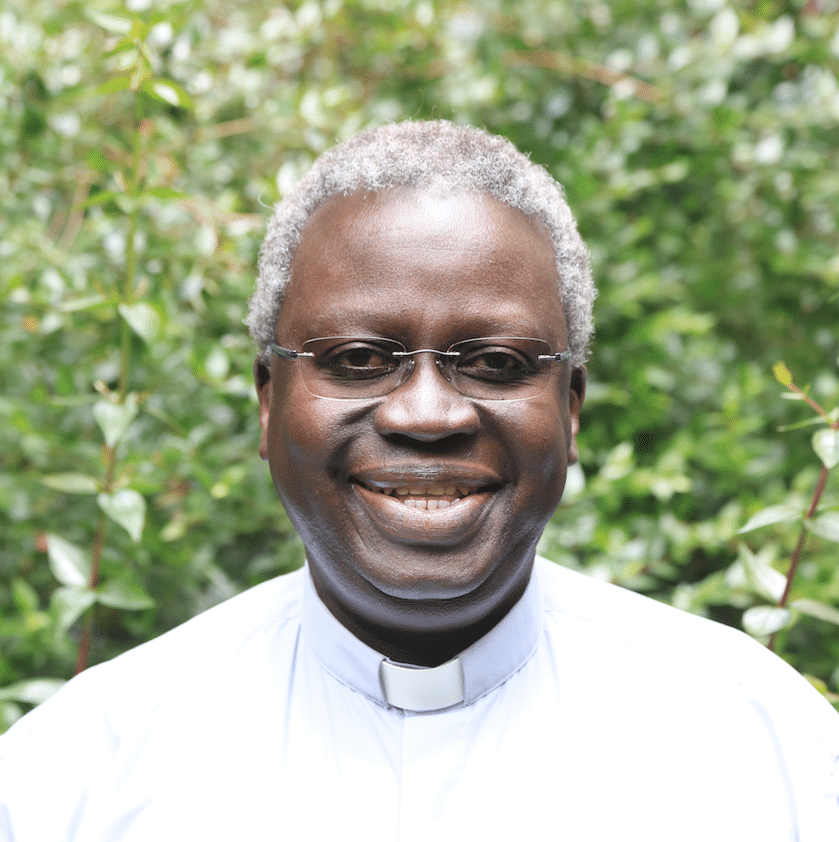 During the course of their general meeting at the Foyer de Charité of Châteauneuf-de-Galaure (Drôme – France), the 250 delegates (priests and laity) of the 78 Foyers de Charité around the world elected the new head of the Work, who will be called “Moderator Father” from now on. At the age of 57 years, Fr Moïse Ndione (Senegal) is taking on this role for an initial term of office of four years.
This election, validated by the Pontifical Council for the Laity (Vatican), forms part of the new governance arrangements decided during this meeting by a vote.

Until now, the father of the Foyer de Charité of Châteuneuf-de-Galaure (first Foyer founded in 1936 by Marthe Robin and Fr Georges Finet) was the automatically responsible for the Foyers de Charité. Fr Bernard Michon took on this responsibility from 2000 to 2016. These two roles have now been separated in order to deal more effectively with the international development of the work.
Fr Moïse Ndione was elected Moderator Father from among the member-priests of the Foyers de Charité during the general meeting of the Foyers for a term of office of 4 years, which may be renewed twice. This election was validated by the Pontifical Council for the Laity (Vatican) with which the Foyers are directly linked.
The mission of the Moderator Father is to govern the work of the Foyers de Charité in collaboration with the International Council, composed of 4 priests and 4 lay people, half of which is elected during the general meeting and the other half of which is appointed by him. He is responsible for ensuring the unity between the Foyers and represents the work before the relevant authorities.

From 7 to 22 June, the 250 delegates (priests and laity), which represented the 78 Foyers de Charité of the world, prayed, discussed, debated, discerned and voted on the following four major objectives:

They are the fruit of a long process of reflection initiated several years ago and which will be pursued further:

Why go on spiritual retreat ?

Whatever the reasons, the spiritual retreat is a breathing space in a setting that inspires inner reflection. The setting, silence and pace of the retreat give the participants the freedom to open up to themselves and to God.

A spiritual retreat is a break for the heart and the mind. It creates a breathing space for: